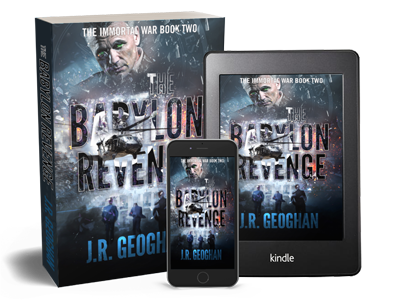 Governor Thomas Gage has ascended to the Presidency, but almost immediately things have gone very wrong. The Chief of Staff is calling for help, knowing that Carter’s special powers may be the only thing able to stop the evil plans unfolding in Washington. But it might just be too late as powerful forces from the past seek to exact their revenge.

“More page-turning action in this second in the series as cruel weaponized germs, somehow overlooked in the war with Iraq, threaten innocent and helpless civilians. Angels and demons collide in a struggle for the lives of men and women and only a few very gifted people stand in their path. A fascinating read and well worth the time.”